The First Falcon Nest on a Tree

After many years of work, w the first Peregrine Falcon nest in Poland which is placed on a tree was found in 2012.

The nest is located in the Forestry District Barlinek, not far from a site where falcons have been released since 2001, due to the appreciation by the District Head, Mr. Janusz Sikorski. In the years 2001 – 2006 the reintroductions were organized by the Research Station PZL in Czempin, with 23 birds involved.  Since 2010, the bird resettlement is carried out by the Association “Falcon”. The last intensive resettlement program conducted by our Association included 17 young falcons in 2010 and 21 birds in 2011. We suspect that at least one individual of this pair, probably the male, was resettled in Barlinek. We are currently trying to identify the birds.

There was a probability that the nest would be occupied by bald eagles. At the first inspection, the nest was found empty.  It was checked again two weeks later and it proved to be occupied by falcons.  Our first tree-based nest of peregrine falcons was found by Piotr Adamiok, a member of the Committee for Protection of Eagles, performing contract work for the Forestry District Barlinek,

The first, after many years, picture of a peregrine falcon on the nest

The recently found nest is the result of the new program for the intensive reintroduction of the peregrine falcon in Poland, initiated in 2010 and conducted by the Association “Falcon” at four localities – Forestry Districts: Barlinek, Wloclawek, Zmigrod/Milicz and Nowe Ramuki. In these regions, during the period 2010 – 2011, we released the total of 122 birds.  We hope that new nests will be found more and more frequently.

After a long hiatus, peregrine falcon breeding on a tree in Poland was observed in 2010.  The falcon site was found by Mr. Pawel Wieland, falconer employed by the Forestry District Wolsztyn.  The nest itself was not found at that time.  The adult falcons accompanied by the juveniles were seen only after leaving the nest.  That brood was acknowledged by the Fauna Commission on the basis of observation. Their presence in the following seasons, unfortunately, could not be confirmed.

We are kindly appealing to foresters, but also to ornithologists, hunters and all enthusiasts of nature to pay special attention to the nests of large birds, in regard to the potential presence of the peregrine falcon – one of our rarest and most beautiful birds of prey.  A significant probability exists that the Barlinek nest is not the only one in the Polish forests – we need your help to find them. 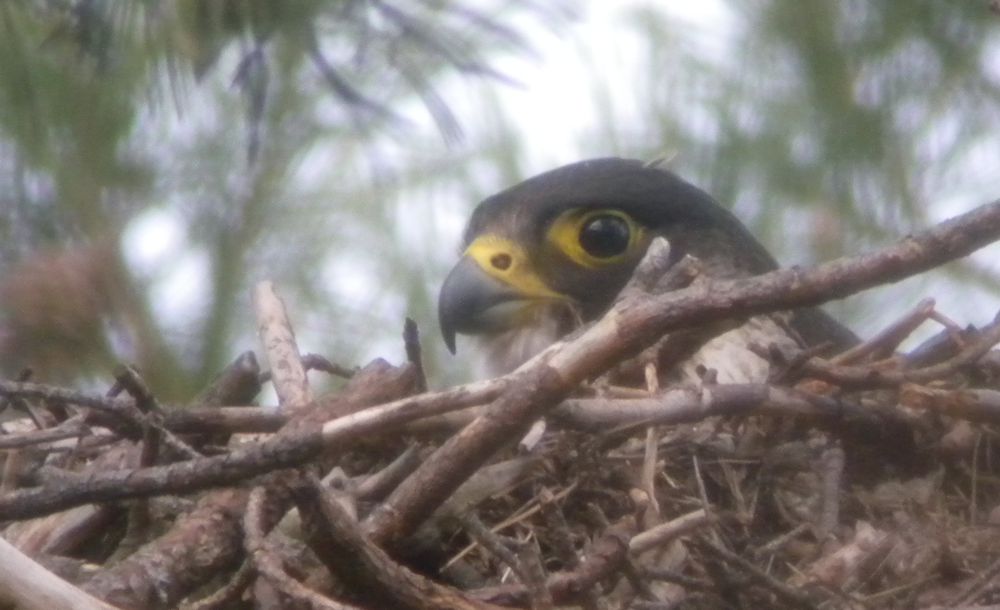 Portrait – taken through an astronomical telescope 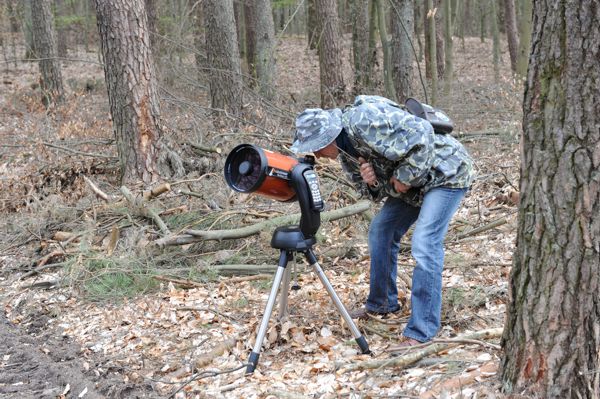